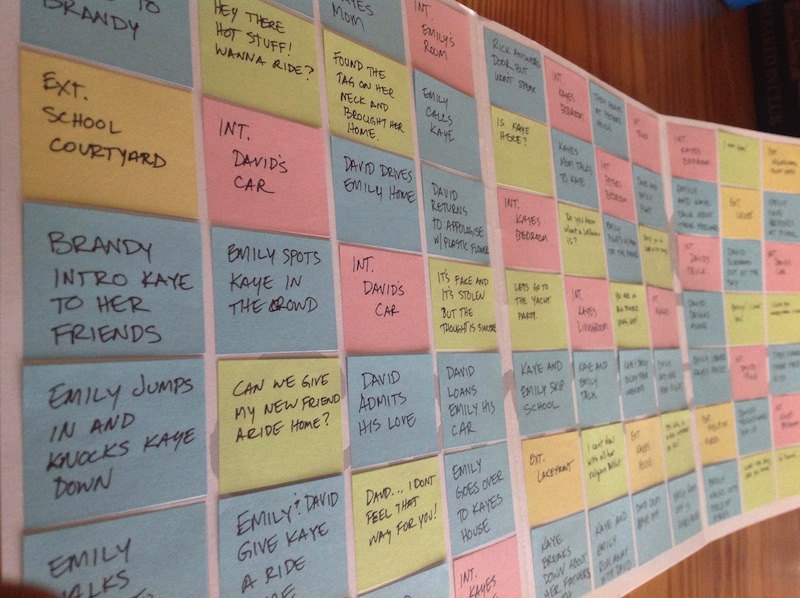 Originally entitled Kaye the story is based on a true story. It is my story so, for me, it was easy to write. It was, for the most part, things that had happened to me when I was in high school. I was in love with my best friend and she and I had a heartbreaking love affair. The events in the screenplay are much less cruel than what actually happened in real life but I didn’t want to focus on the teasing and cruelty of teenagers. I wanted to focus on the intensity of a first love. A forbidden love and the consequences of being denied that love. I wrote Love & Suicide in 5 days. I used an invention of mine called The Conceptualizer™ to lay out the story for one day and then picked up my laptop and wrote continuously for 4 days after. I can still remember the feeling of the sun shining in thru the window hitting me on the back of the neck as I sat on the couch typing on my laptop. I didn’t move for 4 days. I was locked into memories that flooded my mind and the story just poured out of me. In a way it was like I was finally mourning for the love I lost so many years ago. It helped me purge it from my mind and helped me heal my heart. On day five I completed the screenplay and gave it to my friend, Mimi Loftus, to read. She thought I needed help with the dialogue so we went thru it and rewrote a lot of the dialogue. After casting was over we held a table read and after hearing it out loud we realized it needed even more work on the dialogue so we got together and reworked it until we were satisfied. So, it really only took about a week to write and rewrite.